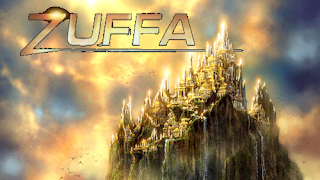 On the Savage Dog Show, Greg was asking what it’s going to take, if anything, for the UFC to co-promote with other organizations.

Adam Swift of MMA Payout wrote in his article that “co-promotion is where the sport is headed, if not this year then sometime in the not too distant future. The UFC can either lead the way or face the possibility of being left behind.”

While I do agree that co-promotion is where the sport is headed, and I look forward to it’s proliferation, who knows how long that will take. In the meantime, the only thing that will motivate the UFC to co-promote is if they loose their status as the top promotion. For them to co-promote before that time would be foolish. In doing so they would have little to gain and a lot to loose.

If they were to co-promote Randy vs. Fedor, or St. Pierre vs. Shields, they would simultaneously bring recognition to a competing organization, and publically risk their fighter’s dominant status and therefore their promotions as well.

I fully imagine that eventually they will have no choice but to co-promote, as they will no longer have the vast majority of top fighters or market share, but they will be able to see that time coming a long way off and will have plenty of time to adjust…and I’m sure that when they do White will let everyone know how he has been trying to cross promote the whole time and do whatever it takes to put on the best fights for the fans.

The interview with Monty Cox was really informative. He spoke to the financial complexities involved in putting together top fights.